Global Health 101, Fourth Edition: Strengthening the Foundation - Working from the Goals of a Health System "Backwards"

In the last several years, I realized much better than before how important it is at beginning of a course to set out the metric against which health system performance will be judged. This can be a powerful organizing principle as one goes through the course, especially given the quest for universal health coverage.

With the help of many friends and especially Prof. Ole Norheim from the University of Bergen, I would suggest that the goals of a health system are to:  Maximize the health of a population, in fairly distributed ways, at least cost.

What does this mean, at least to me?

Related to the above, I also want to help my students right from the start of a course to understand the notion of “value for money” in health. Is the goal of a health system to maximize health in fairly distributed ways at any cost?  Or, are governments obligated to try to ensure they achieve this goal at least cost? 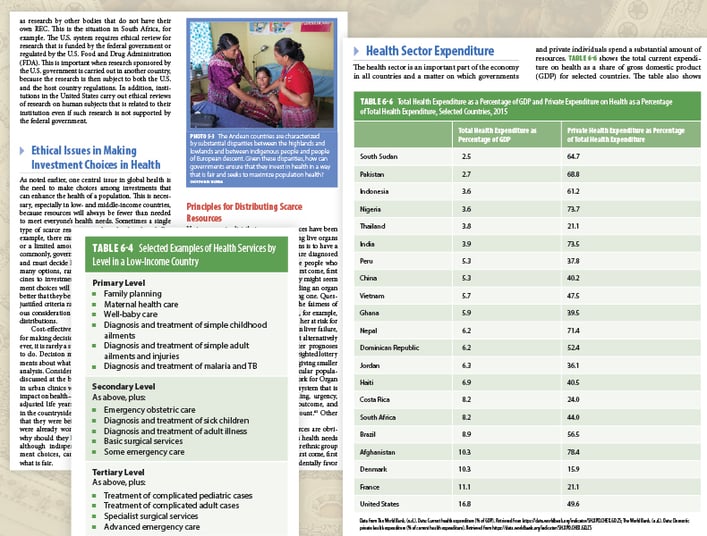 To help my students understand this, I start with some simple questions that help them understand they (hopefully!!) would not pay $300 for something that they could get for $200. Then I give them some examples from health, such as two treatments that achieve the same clinical outcome … but one costs three times the price of the other and ask them, if they were using their own money, which they would buy.

I then remind them that there will “never be enough money” – not even in Norway – to do all that one wants to do in health or in any other sector. Thus, I want to encourage them from the start of their studies of global health to always ask themselves:  If the government has only $100 to spend, how should it spend it to enable the best health for its people, in fairly distributed ways?

I also suggest to them that we will consider this question continuously throughout the course and discuss tools, like cost-effectiveness analysis, that can be used to make criteria-based and principle-based decisions about health expenditure.

Finally, I remind them to keep in mind the notion that: In many respects, it is more important how you spend money than how much you spend.  If you only had two choices, for example for public expenditure on health: coronary bypass surgery for one person or vaccinating, say 5,000 children against measles, which should you finance?

If you went through the budget of any health system, how aligned would the expenditure of that system be with the aims of maximizing health, in fairly distributed ways, at least cost? WHO has written that an important share of money spent on health is “wasted” and does not align with this goal.

If you really want to provoke your students (and yourselves!) about ethical priority setting, I encourage you to have the students watch a Ted talk by Toby Ord, a Professor of Philosophy at Oxford and a scholar of “the ethics of giving”:  https://www.youtube.com/watch?v=ZGAkrpwyu1k

They will never be the same after they watch this!

If you'd like to join the conversation, please add your comments or thoughts below.