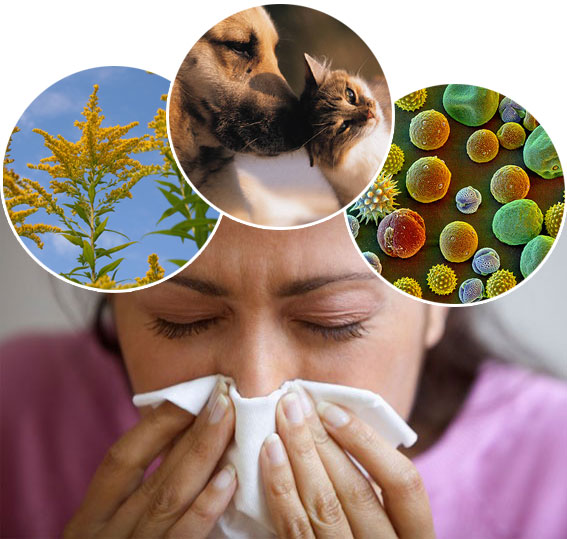 Scientists at the University of Eastern Finland led by Professor Juhu Rouvinen, in cooperation with Professors Kristiina Takkinen and Hans Söderlun from VTT, a technical research center in Finland, discovered unique IgE‐binding structures in allergens. They say these structures can be genetically modified so they do not bind IgE anymore, but they can still induce the production of the immunoglobulin G (IgG).  IgG protects you from allergic symptoms by actually prohibiting the formation of IgE-allergen complexes and could, in theory, prevent the degranulation and histamine release from white blood cells. The modified allergens are produced using modern molecular biology and biotechnology.

Patients will hypothetically develop a natural immunity against each allergy they have been vaccinated for in the same manner immunity is created against infectious diseases with vaccinations.

“Histamines are not the solution because they only inhibit or lesson the allergy so you still have the allergy.  We believe that curing allergies is about changing or modifying the genetic structure of the allergen molecules inside of your body, so we want to eliminate the cause of the allergy, instead of removing symptoms.” said Rouvinen.

According to the National Institute of Health, An allergy is an exaggerated immune response or reaction to substances that are generally not harmful. The immune system normally protects the body against harmful substances, such as bacteria and viruses. It also reacts to foreign substances called allergens, which are generally harmless and in most people do not cause a problem.  But in a person with allergies, the immune response is oversensitive. When it recognizes an allergen, it releases chemicals such as histamines. which fight off the allergen. This causes allergy symptoms.

In the United States, 65 million people have some type of allergy:

Instances of seasonal allergies are on the up-swing, primarily for environmental reasons.

"The seasons are getting longer—they're starting earlier and pollens are getting released earlier," says Dr. Stanley Fineman, president-elect of the American College of Allergy, Asthma and Immunology and an allergist at the Atlanta Allergy and Asthma Clinic. "And not only is there warmer weather, there tends to be more CO2 in atmosphere."

CO2, or carbon dioxide, feeds plants and leads to a greater release of pollen, and sometimes that pollen is more potent and more allergenic than it was when there was less CO2 in the atmosphere.

The European Academy of Allergy and Clinical Immunology (EAACI) will hold its annual congress 16 - 20 June in Geneva, Switzerland. The latest advances in the field of allergy and clinical immunology will be presented to specialists from around the world, making it the leading medical congress on allergy and immunology globally. Ground-breaking research results will be presented with the goals of reducing the impact of allergy by early detection, finding ways of prevention and improving the treatment of the growing number of patients.

Will any of you be in attendance at this year’s EAACI conference?  If so, we’d love to hear from you to learn what additional strides the field will be making.

Spring 2012 Could Be Worst Ever for Allergies