When I was in medical school in the early 1990’s, one of the principles that I learned was to 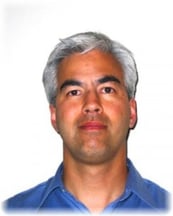 Short et al. performed a retrospective cohort study of nearly 6,000 patients from Scotland who were older than 50.  They excluded patients with malignancy.  They found that beta-blocker therapy was associated with a 22% reduction in all-cause mortality and was associated with a reduction in hospital admissions for COPD exacerbations.  These mortality benefits appeared to be independent from any history of cardiovascular disease.  In addition, the investigators noted no significant decline in pulmonary function related to beta-blocker therapy.

This study reconfirms that beta-blockers are not only safe to use in COPD, but they also may have a mortality benefit for patients with COPD.

Dr. Esherick is the author of some of Tarascon Publishing’s best-selling titles including:
The recently published Tarascon Medical Procedures Pocketbook, Tarascon Hospital Medicine Pocketbook and Tarascon Primary Care Pocketbook. Both titles are available in print and mobile (iPhone, Android and Blackberry).