The Rise and Fall of Xigris (Drotrecogin-alfa) 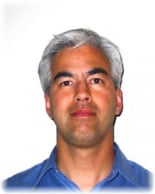 Severe sepsis and septic shock remains an extremely important problem in critical care medicine.  More than 200,000 people die of sepsis annually in the United States.  When drotrecogin-alfa was initially FDA-approved in 2001, it became the only FDA-approved drug specifically used to treat severe sepsis.  The first large trial which studied DrotAA was the PROWESS trial.1 This was an industry-sponsored, double-blind, placebo-controlled, multicenter trial  that involved 1690 patients with severe sepsis and a “high risk of death”, which was defined as an APACHE II score of 25 or more...

The trial was stopped early because the mortality reduction from DrotAA exceeded the a priori mortality guidelines for early termination.  The 28-day all-cause mortality decreased from 30.8% in the placebo arm to 24.7% in the DrotAA-treated patients (p=0.005).  There was a lot of controversy surrounding this trial because the criteria for inclusion and the drug manufacturing process were both changed during the study.  As a result, the FDA advisory committee split on the approval for DrotAA in the treatment of severe sepsis.  Eli Lilly was extremely aggressive about marketing DrotAA and was able to have it incorporated into the original Surviving Sepsis Campaign Guidelines In 2002.

Subsequent to the PROWESS trial, three sepsis studies were conducted prior to the PROWESS-SHOCK trial to study the efficacy of DrotAA.  The ENHANCE (Extended Evaluation of Recombinant Human Activated Protein C) trial in 2001 demonstrated that DrotAA had no mortality benefit if started more than 24h after the onset of severe sepsis.2 The ADDRESS (Administration of Drotrecogin alfa activated in early-stage Severe Sepsis) trial evaluated the efficacy of DrotAA in patients with a low risk of death (single sepsis-induced organ dysfunction or APACHE II score less than 25).  There was no mortality benefit seen in the ADDRESS trial.3 The RESOLVE (Researching Severe Sepsis and Organ Dysfunction in Children) trial demonstrated no mortality benefit in children.4 A Cochrane meta-analysis of DrotAA for severe sepsis in adults and children found that DrotAA did not reduce the risk of 28-day mortality in adults, but DrotAA was associated with a higher risk of bleeding.5

In 2008, the Eli Lilly Company agreed to sponsor the PROWESS-SHOCK trial to definitively determine whether DrotAA confers additional benefit for patients with septic shock and a high risk of death.6 This trial included only adult patients with vasopressor-dependent septic shock and either metabolic acidosis, acute kidney injury or hepatic dysfunction.  This trial included 1,696 patients and the preliminary analysis of the data have found that the 28-day all cause mortality is statistically the same between the placebo and the DrotAA arms.  As a result of these data, the drug manufacturer, Eli Lilly and Co., has voluntarily withdrawn DrotAA from the market.7

The care of patients with septic shock has definitely improved with bundled care, which is summarized by the most recent 2008 Surviving Sepsis Campaign Guidelines.8 These new data would remove DrotAA from the sepsis armamentarium; however, the rest of the treatment bundle still applies.  Hopefully, this news does not deter further research in this area as sepsis remains one of the leading killers in the United States.

Dr. Esherick is the author of some of Tarascon Publishing’s best-selling titles including:
The recently published Tarascon Medical Procedures Pocketbook, Tarascon Hospital Medicine Pocketbook and Tarascon Primary Care Pocketbook. Both titles are available in print and mobile (iPhone, Android and Blackberry).