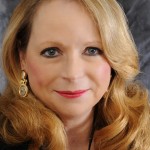 On September 11, 2001, my husband was attending a week-long course in New York City. As I stood in my kitchen in Baltimore, Maryland, drinking a cup of coffee and watching Good Morning America, I heard Diane Sawyer say, “We have breaking news.” Horrified, I watched the scenes of the Twin Towers under attack—and suddenly realized I had no idea where my husband was. After four frantic hours of trying to reach him, he finally returned my call. His hotel was next to the Empire State Building, in walking distance of the attacks. Almost all the surgeons at the meeting climbed onto a bus to go to a treatment center to help the victims. My husband, sensing the futility of this volunteerism, did not go. His instincts were correct. When the busload of physicians returned, they reported they stood around for twelve hours without access to news and did nothing.

Clinicians are trained to provide one-to-one care, a micro-level view of the system. Health administrators are trained to provide support at the macro-level view of one organization. When disaster or catastrophe strikes, neither group is well-prepared to deal with "the occurrence of an event that disrupts the normal conditions of existence and causes a level of suffering that exceeds the capacity of adjustment that is usual for a given community” (Rowitz, p. 78). We continue to be woefully unprepared for natural disasters--with cases in point of Hurricane Katrina and the recent earthquake in Haiti (Merchant, Leigh, & Lurie, 2010; Okie, 2008).

In addition, new targets for man-made disaster and terrorism are no longer expected to be only large, symbolic ones. According to one expert:

“Recent intelligence estimates indicate that the likelihood terrorists would choose one large target has reduced by 25% and that the selection of multiple smaller targets has increased. Target selection is partially a function of access; as larger targets “harden,” the selection of “softer,” more vulnerable targets becomes more likely.” Blair (2005, p. 7)

This means any place--the neighborhood grocery store, post office, elementary school or even a hospital--could be a target for terrorism.

So what should we be doing? Dr. Wayne Nelson, Associate Professor, Department of Health Science and Colonel in the Maryland Defense Force (January 20, 2010), recommends that lay people become involved in Citizen Corps, “FEMA's grassroots strategy to bring together government and community leaders to involve citizens in all-hazards emergency preparedness and resilience” and the Community Emergency Response Team (CERT) Program which “educates people about disaster preparedness for hazards that may impact their area and trains them in basic disaster response skills, such as fire safety, light search and rescue, team organization, and disaster medical operations.”  Even taking first aid classes and having a family plan builds up the emergency response infrastructure.

Many compassionate clinicians and health care managers want to help in a disaster, however, no matter how well trained you are in your own discipline, just jumping in without disaster preparation can add to the burden of those in charge of rescue and recovery operations. And therein lies the rub. Despite an American College of Health Care Executive policy statement on emergency preparedness, there is no uniform curriculum for healthcare executives to train for disaster.

In addition, the Nursing Emergency Preparedness Coalition (formerly the International Nursing Coalition for Mass Casualty Education) conducted a survey of nursing schools at all levels of education (LPN to doctoral preparation) and found “nursing programs provide limited curriculum content in disaster preparedness” (Weiner, Irwin, Trangenstein, & Gordon, 2005, p. 338). With respect to schools of medicine and public health, there are centers of excellence across the US, such as the Yale New Haven Center for Emergency Preparedness and Disaster Response and the UCLA Center for Public Health and Disasters, but there is no nationally standardized curriculum for physicians--either as individual disciplines, or more importantly as members of multidisciplinary healthcare emergency response teams (Udden, Barnett, Parker, Links, & Alexander, 2008).

In light of intelligence findings that smaller targets will be next, we can no longer pretend that it won’t happen to us. We cannot undo the horrific events of 9-11, Hurricane Katrina or the earthquakes in Haiti. We can, however, learn from them and take action as citizens and as healthcare professionals. It’s time for us all to get involved and get prepared before disaster hits.

Here are some references if you are interested in this topic: