COVID-19: What you should know and the role of the clinical laboratory 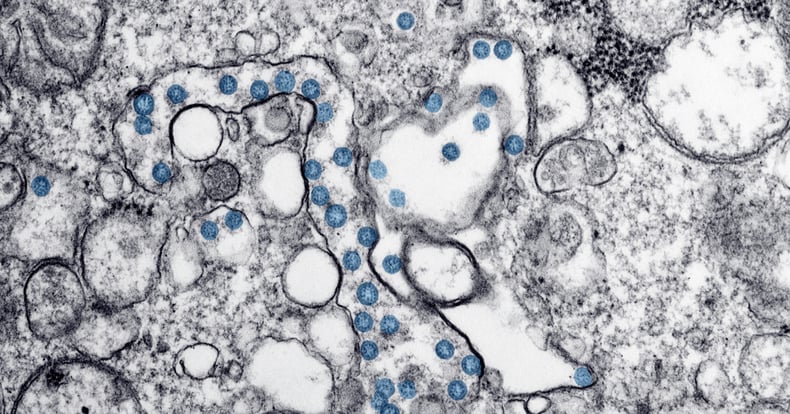 What you should know

On Wednesday, March 11, 2020, the World Health Organization (WHO) announced that COVID-19, or Coronavirus Disease 2019; caused by the SARS-CoV-2 virus, has reached pandemic status.  A pandemic is defined as a disease that has spread beyond the borders of countries where it has already reached epidemic status and led to disease cases worldwide. The last WHO-announced pandemic was due to the H1N1 strain of influenza in 2009. In general, Coronaviruses cause mild self-limiting cold-like symptoms in previously recognized pathogenic strains, such as 229E, OC43, HKUI, and NL 63, while SARS-CoV and MERS-CoV have been shown to produce significant respiratory symptoms.

The major concern with COVID-19 is its rapid spread and delayed onset of symptoms, meaning that you may have been infected with the virus well before it shows. The prolonged incubation period, between two-14 days, has exacerbated the spread of the disease. Cough, fever, and shortness of breath are the hallmark of illness, but also the signs and symptoms of a variety of other viral causes, including influenza and the common cold.  Early cases were overlooked or assumed to be from established viral causes. Since the end of February, the number of cases in the United States has escalated from very few to over 15 new cases per day. The rapidity of its spread around the globe is suggestive of its contagious properties.

However, despite its rapid spread, SARS-CoV-2(COVID-19) it is far less deadly than some previously encountered viral pathogens, such as smallpox, Ebola, and even the original SARS-CoV; estimated at 9.5%. The mortality rate for SARS-CoV-2(COVID-19) overall is roughly 3-4%, but increases with age. Nonetheless, this estimate may still be elevated as many mild cases are currently under-reported. The data from China indicates mortality at nearly 15% for those 80 or older and likely reflecting the presence of other diseases. Statistically, the instance of cardiovascular disease, diabetes, chronic respiratory disease, hypertension, and cancer increases morbidity. Furthermore, the number of reported infections in younger populations were significantly fewer, with only 1.2% in teens and 0.9% in children nine or younger despite their more frequent social interactions. Thus the population most at risk seems to be older individuals with comorbidities.

The disease is thought to be spread person to person, through respiratory droplets including sneezing and coughing. Droplets that land on surface objects may be a less direct source of infection, but can be avoided through cleaning of surfaces, washing of hands, and avoiding touching the mucus membranes, such as eyes, nose, and mouth, with contaminated hands.

The role of the clinical laboratory

Often diagnosed on clinical grounds alone, several molecular tests have emerged to detect and define pathogenic strains of Coronavirus in the laboratory including COVID-19; SARS-CoV-2. Specifically, Public Health Laboratories (PHLs) are being provided with a CDC-developed real-time RT-polymerase chain reaction (rRT-PCR) detection test kit for the SARS-CoV-2 virus for respiratory specimens. The CDC also provides these laboratories with equipment needed for Viral RNA extraction through their International Reagent Resource. In addition to RNA testing, in February the FDA provided Emergency Use Authorization (EUA) for CLIA certified high complexity laboratories to use laboratory-developed tests for rapid detection of COVID-19 presumptive cases in the United States, “to achieve more rapid testing capacity in the United States.” Under this guidance from the FDA, the CDC has now begun distributing its testing kits to requesting laboratories around the country.  An additional EUA currently in use is for the New York SARS-CoV-2 rRT-PCR Diagnostic Panel developed by the Wadsworth Center, New York State Department of Public Health. In both cases, nasopharyngeal and oropharyngeal swabs, sputum, lower respiratory tract aspirates, bronchoalveolar lavage, and nasopharyngeal wash/aspirate or nasal aspirate can be collected for use. Meanwhile, private companies are developing their testing and thus increasing the number of definitive cases while reducing the time to detection.

Nonetheless, many facilities still do not have this capability. The CDC recommends that in these cases, testing for other pathogens be done as part of the initial evaluation of specimens, specimens are stored at 2-8°C for up to 72 hours, and shipped overnight to the CDC or your specific state PHL, referring to facility-specific submission guidelines.

For laboratory personnel, as members of the health care team, you are at increased risk of exposure to the virus and should engage in universal precautions for handling BSL-2 level specimens, including the use of gloves, gowns, eye protection, and appropriate engineering controls, in addition to maintaining high standards of handwashing behavior and fomite disinfection.

There are currently no serological tests for COVID-19, however successful serological assays have been designed for prior Corona infections; SARS and MERS.  These ELISA based methods provided high sensitivity to detect the disease in cell lines. However, additional evidence needs to be collected on the appropriate antigens for detection by an antibody method. Examples are beginning to emerge regarding targets, such as the spike protein of COVID-19, targeted by a monoclonal antibody in a recent non-peer reviewed report.  However, once an appropriate assay marker is determined it could take months to validate and bring to market even under relaxed FDA restrictions. Secondary to infection, the emergence of antibodies to COVID-19 could be used to indicate prior exposure and potential immunity to re-exposure; but again these have yet to be developed.