The Future of Computer Science and its Education 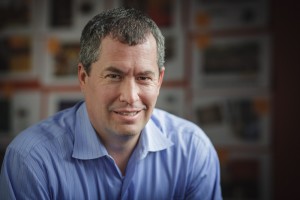 Recent advancements in cybersecurity, mobile technology and artificial intelligence have opened new doors in the current Information Age. Here’s how:

Cyber attacks are becoming more and more common. The more we store sensitive data online, the more advanced our cybersecurity needs to be to protect it. According to idtheftcenter.org, there were 781 data breaches in 2015, with the average total cost of a data breach around $3.8 million. These numbers highlight the need for cybersecurity protocols, which is exactly where a degree in computer science comes in handy. Depending on the specialization, studying computer science can help boost cybersecurity processes for health care, financial institutions, and government agencies, to name a few.

You would be hard-pressed to find someone who doesn’t have some sort of mobile device on their person at all times, whether it’s a smartphone, tablets or laptops. Thanks to computer scientists and mobile developers, that trend is expected to continue. Rather than making jobs obsolete, the transition from desktop computers to mobile technology has opened up a world of possibilities for computer science. Today, many computer science degree programs explore new ways to create more personalized mobile experiences with minimal lag time.

Artificial Intelligence is quickly becoming a reality. We’ve seen advanced AI in movies like “Iron Man,” where J.A.R.V.I.S. and F.R.I.D.A.Y help superhero Tony Stark manage his day-to-day life (and occasionally provide a joke). In fact, Facebook founder Mark Zuckerberg made it his 2016 New Year’s resolution to build an AI platform similar to J.A.R.V.I.S. for his own home. And according to Zuckerberg’s interview with TIME magazine, he’s made plenty of progress in creating a system to help control his home — but he still has a long way to go. One of the problems Zuckerberg has run into is the lack of uniformity with these platforms and their inability to communicate. For example, Apple’s HomeKit and Alphabet’s ‘Works With Nest’ programs (which are designed to integrate systems within homes) can’t communicate with each other because they each have their own unique language. This becomes a problem when you want to buy a smart device that isn’t available on your current platform. For example, Apple HomeKit is only currently compatible with alarms, heating and cooling devices, lights, switches, and thermostats, but does not include cooking or laundry appliances. Because these devices can be costly, many users are often limited to one smart home platform. However, with computer science, we can create uniformity between different languages to make a more cohesive AI experience.

The three applications above are just the tip of the iceberg when it comes to computer science trends and opportunities. To fulfill the demands of the growing field, educational institutions have also adapted teaching methods for computer science students.

Computer science is a dynamic industry, so hands-on teaching is most beneficial for students in the field. According to a 2009 study from Purdue University, children who learn in a hands-on environment rather than focusing solely on textbooks and lectures show higher comprehension of concepts. Since computer science is such a technical, in-depth field, hands-on coursework allows students to learn faster and work smarter throughout the course of their education. For example, courses in network security offer computer science students interactive lessons with network security tools, firewalls and cyber attack mitigation.

Today, it’s common to find children in elementary schools using computers and learning the importance of computer science. For example, one classroom in Concord, New Hampshire uses iPads to teach children how to code. Using an app that simulates the spread of a disease, the kids learn how to code in order to “eradicate” the disease. The goal is to make the screen turn black, or in other words, show that there are no more infections. With applications like this, it’s becoming increasingly easier for children to learn the fundamentals of computer science, expand their computer-based knowledge and refine their problem-solving skills. Early exposure also prepares students for a college education in computer science, making it more likely for them to fill the growing skills gap in the technology sector.

According to Brigham Young University, having an internship provides almost endless benefits. Internships give students opportunities to learn in a real work environment, thus increasing their marketability to potential employers. Companies that hire interns also have the chance to scope out highly skilled talent before graduation. For example, Hewlett Packard recruited 70 percent of its new hires from its pool of previous interns from one year. Additionally, being an intern in a highly sought after field gives students the experience they need to refine their skills and become a more valuable asset for companies.

While the digital world evolves, so too does the curricula for computer science and other related STEM majors. Modern technology has not only helped boost interest in computer science, but it’s also helped universities offer more in-depth, hands-on computer science courses.  As a result, the next generation of computer scientists will be prepared to flourish and create intelligent solutions to solve industry problems.