According to Code.org, the U.S. will have 1 million more computer science jobs than students with computer science degrees by 2020. Careers in these fields are increasing at twice the national average, and in some states computing jobs are growing at over four times the average. Yet, many high schools around the country do not require computer science as a requirement for math or science.

However, this trend has bee 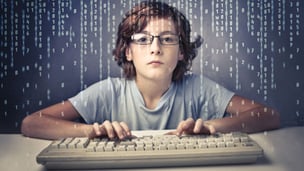 n changing. For example, the number of states that have passed a policy allowing computer science to satisfy a graduation requirement doubled in 2013. In addition, some universities have reached out to students at high schools that don’t offer computer science courses, and have allowed them to attend a computing course for free. For example, Purdue University announced that it would offer an introductory computer science and introductory programming course for free to Indiana high school students. The courses would be ungraded and would not count for credit, but it would prepare students to test out of introductory programming classes at Purdue and other universities.

Still, 90 percent of high schools in the country do not offer computing classes. These schools recognize this technological revolution, but they still lack the financial or logistic means, or cannot provide the proper resources for teachers.

Deborah Seehorn, chair of the Computer Science Teachers Association board, says this drought can be partially explained by the lack of resources or training teachers receive to teach these computer science courses. Teaching computing requires combining a lot of skills into one course, which poses difficulty for a lot of instructors. As Seehorn describes it, “they’re problem solving, using critical thinking, they’re collaborating, they’re doing all those 21st century skills we want students to do. Students…want to be doing something, making something.”

Jones & Bartlett Learning recognizes the critical role of Computer Science in education, and offers new and trusted resources for the study, instruction, and practice of Computer Science. From introductory computer science to programming, information security, and game development, we provide instructors and professionals with superior texts and quality resources developed by respected authors and educators. At Jones & Bartlett Learning we are committed to providing industry-leading solutions for superior student learning outcomes.