MIT’s Computer Science Department Named Most Innovative in the Country

As one of the fastest growing disciplines in schools around the country, the computer science revolution has made computing one of the most exciting and essential subjects to study at both the undergraduate and graduate level. 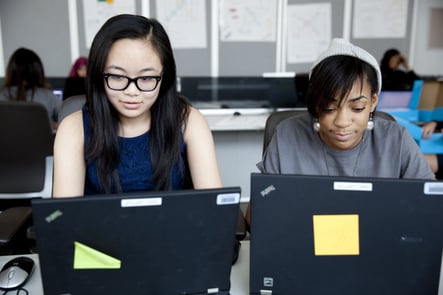 MIT topped the list with its Electrical Engineering and Computer Science department making a notable difference around the country. Known for its cutting-edge research and academic prowess, “the department’s Computer Science and Artificial Intelligence Laboratory partners with forward-thinking companies to push the boundaries of artificial intelligence and computer science. For example, in 2014 it was revealed that the laboratory worked with Microsoft and Adobe to create an algorithm that retrieved tiny vibrations from objects shown – but not heard – in videos and reconverted them into intelligible audio signals. This technology enabled vibrations from a bag of potato chips to be transformed back into comprehensible speech. Notable MIT computer science graduates <link> include Google Analytics and Google Voice developer Wesley Chan and Internet Hall of Famer Brewster Kahle.”