Nell B. Dale, one of the first women to earn a doctorate in computer science, just won the 2013 IEEE Computer Society Taylor L. Booth Award for her contributions to computer science education. 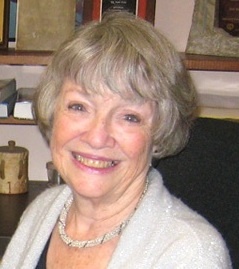 Dale graduated from the University of Texas at Austin in 1972, teaching there until retiring in 2000. To date, Dale has authored or co-authored over 30 textbooks with Jones & Bartlett Learning, including the best-selling Programming and Problem Solving with C++, Brief and Comprehensive, and Computer Science Illuminated.

The Taylor L. Booth Award celebrates outstanding contributions to computer science and engineering education. Accompanied by a bronze medal and $5,000 honorarium, the award recognizes instructor achievement through writing an influential text; leading, inspiring, or providing significant education content during the creation of a curriculum in the field; or inspiring others to a career in computer science and engineering education.

Dale’s research interests have focused on computer science education as an academic discipline. Within CS Education, she co-chaired five dissertations and was content representative on five others. Dale was active in the ACM Special Interest Group for Computer Science Education (SIGCSE), serving as SIG chair and conference chair for two SIGCSE Technical Symposia, and writing the Research in Computing Education Column in the SIGCSE Bulletin from 1998 to 2002.

In addition, she was awarded the SIGCSE Award for Outstanding Contributions to Computer Science Education, and was the first woman to receive ACM’s Karl V. Karlstrom Outstanding Educator Award. Dale also won two Hamilton Awards for the best textbook published at UT in a given year, received the ABACUS Award from the Upsilon Pi Epsilon Honor Society for the Computing Sciences, and was elected an ACM Fellow. She received a Doctor of Science, honoris causa, from Sewanee, The University of the South.